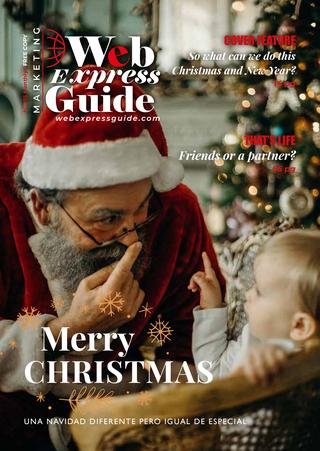 So what can we do this Christmas and New Year?
From family bubbles to keeping ski resorts closed, European leaders are having to make unprecedented and unpopular choices due to covid-19. NB: this is information (E & OE) is indicative of the restrictions as we know them at the time of printing. Please check carefully within your own area to avoid possible hefty fines.

What is certain is that the festive season is not going to feel the same this year. Governments across Europe have been holding meetings in recent days to work out  how they can allow families to get together without risking a dreaded third spike in coronavirus cases. It comes as mini-lockdowns appear to be putting a cap on a second wave of infections that began after a summer of relaxed restrictions in the region.

From family “bubbles” to no fireworks, the U.K., France, Italy and now Germany have released further details of what will, and will not, be allowed this Christmas and New Year.

Scientists have warned a relaxation of critically important public health measures over the Christmas period could lead to greater transmission of the virus, and potentially urther deaths. There are hopes that the holidays might be able to retain some merriment so here is what Europeans can expect this year.

Each region will have its own rules depending on where you live.

In Andalucia new measures will come into force after the current rules end on Saturday 12th December. The restrictions will be eased in two phases, from 12 to 17
December and 18 December to 10 January.

PHASE TWO
From 18 December until 10 January,  movement from province to province across  the region will be permitted. The curfew willbe put back to 6 am to 11 pm and shops can go back to their normal opening hours. Bars and restaurants must close at 6pm, but can open again between 8pm and 10.30pm.
On Christmas Eve and New Year’s Eve the curfew moves to 1.30am. Between 23 December and 6 January, travel outside the region will be permitted to meet up with family members. On 24, 25 and 31 December and 1 January gatherings of up to ten people will be allowed, although the limit remains at six for the rest of the period.

The French President Emmanuel Macron unveiled that the second national lockdown will gradually begin to be lifted and shops be allowed to reopen.
• Then, from Dec. 15, lockdown in France will be lifted further if the health situation permits. This could allow people in France (who under lockdown could not leave
their homes without specific reason, to go food shopping, for example) will be able to travel around the country and to see family and friends.
• Cinemas and theatres will be allowed to reopen on Dec. 15 although bars, restaurants and gyms will remain closed until later in January.

A curfew will remain in place between 9 p.m. to 7 a.m. but this will not apply on Christmas Eve, or on New Year’s Eve, although no big public gatherings will be allowed.

• For skiing fans, there might not be such a merry Christmas this year, with President Macron saying in a televised address that a decision has not yet been made over
whether ski resorts will be allowed to open this year.

The four nations that make up the U.K. (England, Wales, Scotland and Northern Ireland) came to an agreement to allow families across the kingdom to get together at
Christmas, recognizing that separate policies could play havoc with families spread across Britain.
The U.K. government said that restrictions on social gathering will be relaxed between Dec. 23 and 27, allowing up to three households to form an “exclusive ‘Christmas bubble.’” namely:
• You can only be in one christmas bubble
• You cannot change your christmas bubble
• You can travel between tiers and U.K. Nations for the purposes of meeting your christmas bubble
• You can only meet your christmas bubble in private homes or in your garden, places of worship, or public outdoor spaces
• You cannot meet someone in a private dwelling who is not part of your household or christmas bubble
• After a month-long lockdown is lifted on Dec. 2, England will return to a tiered system in which the severity of restrictions on social gatherings will be dictated by the infection rate in that area. In all tiers, from Dec. 2, Non-essential shops will be allowed to reopen, as well as gyms, hairdressers and churches. Whether pubs, bars and restaurants are allowed to admit customers will depend on the tier they’re in.

Italy’s prime minister also set out the country’s rule relaxations telling the nation that while he had ruled out big gettogethers at Christmas, the country should not have any so-called high Covid-risk “red zones” by the time of the holidays.
• Italy too has a tiered system of areas or zones in the country designated as high, medium and low-risk areas. Red zones are currently under a second mini-lockdown
with people not allowed to leave their homes unless for specific reasons and most shops and other public venues closed.
• If the contagion trend continues downward, there won’t be any more red zones in December, according to ANSA news agency. However occasions for socialising in the Christmas period cannot be allowed, starting with indiscriminate holidays on the snow.”
• If red zones are lifted in time for Christmas, Italians will be able to visit family elsewhere in Italy. For now, however, Calabria, Lombardy, Piedmont and Valle d’Aosta are red zones with residents unable to leave until Dec. 3.

German Chancellor Angela Merkel met with federal state leaders to decide on what restrictions to lift for Christmas, just as the number of daily cases of coronavirus and deaths from Covid-19 remain worryingly high in the country that has, until recently, seemingly been less badly affected by the pandemic than its neighbours.
• Germany’s 16 states, which have largely been allowed to set their own restrictions, came together with Merkel and decided to extend what’s been seen as a “lockdown lite” (with shops and schools open but bars and restaurants shut) until Dec. 20, in order that the restrictions can be relaxed over Christmas — before they are then tightened up again into January.
• “This is absolutely not the time to sound the all-clear,” Merkel said on Wednesday in a press conference after meeting state leaders.

In the run up to Christmas (starting December 1) the number of people that can meet socially will be limited to five, but this will then be raised to 10 people over the Christmas and New Year period (Dec. 23 to Jan. 1) to allow friends and family to meet (children under 14 are exempt from the limit).
• Germans are being encouraged to avoid contacts for seven days before Christmas to try to minimize the chance of infection.
• New Year’s Eve could be a quieter affair in Germany this year, with the letting off of fireworks in public areas banned in “busy streets and squares.” Ski tourism has also been banned until at least January 10.