Home » What's news » In my opinion » ARE WE REALLY THE MOST STUPID LIVING CREATURES? 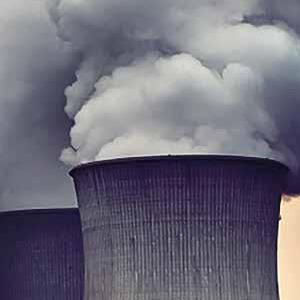 Some people are saying that governments are controlling the weather and causing some of the notable disasters that we are experiencing.

I think that governments are more concerned in waging wars and killing people to impose their will on other nations and even other religions. While they keep their heads buried under the sand, nature is now protecting itself and even threatening to wipe out the human race unless measures are seriously taken to stop the oncoming disaster.

We are all aware of this, hence the reason why the birth rate has dropped in recent years. Why make our children suffer what is likely to happen?

The latest report from the United Nations, the most accurate to date, indicates that warming of 1.5 degrees will come earlier than expected. The vast amount of data and new technologies confirm what the draft pointed out: climate change is accelerating and is a consequence of human activity. The most worrying data refer to the non-reversible effects that climate change is producing today.

According to the estimates of the new IPCC report, we will exceed 1.5 degrees in 2040. The only solution is to drastically reduce emissions. If, on the contrary, the trend in greenhouse gas emissions continues before 2050, we will see the Arctic without ice.

Unfortunately, climate change is already affecting our planet, and the changes that have occurred so far will continue for hundreds or even thousands of years. The scientists predict dire consequences for people if the trend does not change radically. Some of these events are already happening today, the report states:

Sea level has risen threefold in recent years compared to rises in 1901 and 1971.

The last five years have been the hottest since 1850.

Heat waves are much more frequent while cold waves have decreased.

Mountain ice and ice caps will continue to melt.

The ocean is getting warmer and acidifying. A process that will not stop in the following decades.

Many coastal areas will be flooded as a result of the rise in the sea, up to five meters in the most negative forecasts.

Health studies also ensure that global warming will shorten our lives in the coming years.

We are fast reaching the point of no return, NOW is the last chance we have to fulfil the Paris agreement and stop temperatures exceeding the 1.5C limit.

According to scientists emissions will have to be cut in half by 2030 to stabilize the situation and the total disappearance of greenhouse gas emissions would have to occur in 2050 so that the planet does not warm above the current level.

What are we waiting for? Let’s start with the total worldwide abolition of coal plants and fossil fuel exploration and development. As individuals protecting our planet and our lives we can:

1. Speak up! In unison we can command the irresponsible politicians.

2. We can power your home with renewable energy.

3. We can make our homes energy efficient

4. We can reduce water waste.

5. Cook the food we buy, avoid processed foods and their packaging.

8. Shrink your carbon profile. You can offset the carbon you produce by purchasing carbon offsets.