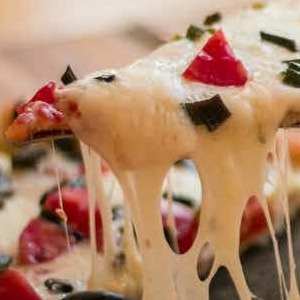 National Pizza Month made its official American debut in October 1984. The honorary month was created by Gerald “Gerry” Durnell, the owner of a pizzeria in the tiny town of Santa Claus, Indiana.

Some say that Roman soldiers created the first pizza when they added cheese and olive oil to Matzah bread, however what is certain is that its fame was spread worldwide as a result of the discovery of the tomato in the Americas.

So where did the pizza begin? The pizza as a flatbread with a tomato sauce started in Naples and quickly became popular. Until the 1830’s it was almost exclusively sold from open-air stands and out of pizza bakeries, a tradition that is largely followed even today.

The term Pizza goes back more than one thousand years to when the idea of a flatbread was created, known then as Focaccia bread, a roman flatbread commonly served with toppings.

From that time moving forward, there have been developments that slowly led to the wonderful comfort food that the world knows and loves as pizza and it morphed into something closer to what we know today as “pizza” sometime around the 18th or 19th centuries in Naples, Italy.

Like everything that is popular, Pizza also claims innumerable imitations from supermarket ready frozen pizzas, to microwave bar pizzas, to quick made pizzas with the wrong ingredients and the wrong sauce out of a tin.

The great taste and aroma of a proper Italian pizza is unmistakeable, so make sure that you celebrate this special month in a real Italian restaurant.

One other fun piece of trivia is the source of the ‘marinara’ sauce is the traditional tomato sauce. Have you ever wondered why it’s called marinara? Because it was created by “La Marinara” the mariner’s wife, to serve to her seafaring husband upon return from fishing the Bay of Naples.