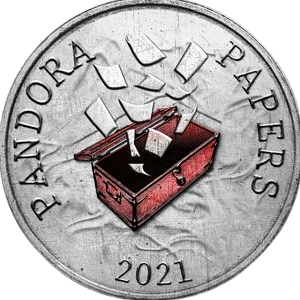 Following the disclosures of the Panama Papers published on April 3, 2016, more than 600 journalists from 150 media outlets in 117 countries have spent more than one year to analyse a leak of confidential records of 14 offshore service providers amounting to 2.94 terabyte of data about professional services to wealthy individuals and corporations seeking to incorporate shell companies, trusts, foundations and other entities in low or no tax jurisdictions.

As an initial result this month of October 2021, more than 330 politicians and 130 Forbes’ list billionaires, as well as celebrities, fraudsters, drug dealers, royal family members and leaders of religious groups in more than 90 countries were exposed.

The only reason to seek financial secrecy is to hide ill gotten money or earning and to avoid taxation, either way this amounts to stealing without mentioning the damage these thefts cause to society, families and individuals.

Although the poorest countries would seem to be the worst affected by their leaders simply because of the strikingly obvious inequality between the people and the leaders, I dare say that the actual effect of this inequality is Pro-rata the same in all nations affected.

It is plainly obvious that these “thefts” of funds, properties and taxes deprive the nation and its people of the benefits and the real standard of living they should be enjoying.

What is included in the Pandora Papers?

The records include an unprecedented amount of information on so-called beneficial owners of entities registered in the British Virgin Islands, Seychelles, Hong Kong, Belize, Panama, South Dakota and other secrecy jurisdictions. Of course the information does also include owners, doctors and small businesses and other affluent, individuals away from the public spotlight.

The biggest political names uncovered in the data.

The investigation shows how presidents, prime ministers, royals, elected officials and some of their family members and closest associates stash assets in a hidden financial system with the help of firms who establish companies in secret jurisdictions.

The investigation exposes how some of the world’s most powerful people, including 336 politicians from 90 countries, use offshore companies to hide their wealth, evade taxes and, in some cases, laundering money. This is quite simply a disgusting global line-up of thieves, fugitives, con artists and murderers.

Spain is among the 20 countries with the most politicians involved in the financial scandal uncovered.

Ukraine is the most affected country, with 38 politicians, followed by Russia, with 19. The United Kingdom and Spain are the other two European nations with the most politicians named in the publication.

So far, there are more than 600 names of famous Spanish personalities, but at the moment, only three names have come up, amongst them King Juan Carlos I and Julio Iglesias.

The Pandora Papers show how Tony and Cherie Blair avoided paying stamp duty and MP Jacob Rees Mogg’s wife, Helena de Chair, as the beneficiary of a holding company and trust managing ‘pictures and paintings’ worth $3.5million. The Pandora Papers leak is set to unmask offshore secrets of eight British politicians. Even Queen Elizabeth II has been named over a $91 million property deal featuring an estate which provides her official public funding.

So what is being done about it? When confronted with the scandal of course all wrong doings are denied, just as, naturally, all governments are showing alarm and promising legislation to stop this happening but nothing actually seems to get done other than to punish the public at large for carrying a little extra cash in their pockets. There is nothing wrong with off shore companies and off shore accounts, etc., it is the real reason for being off shore that is criminal. The best solution would be to make all cases liable to the tax that should have been paid in the first place and, in the right cases, make the funds themselves returned to where they were stolen from. This way the future motive for these subterfuges will be removed and justice will be served.