In the first instalment of Jurassic Park there was a scene that was highly criticised by scientists when a dinosaur opened its big mouth in front of a mirror and its terrifying breath was shown in the glass.
Skip to content 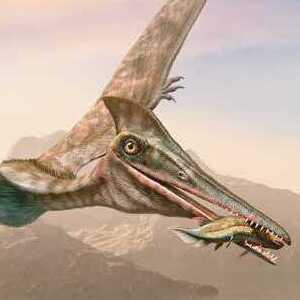 In the first instalment of Jurassic Park there was a scene that was highly criticised by scientists when a dinosaur opened its big mouth in front of a mirror and its terrifying breath was shown in the glass, something that is impossible in a cold-blooded animal.

Now we could say that that scene was not a mistake.

The indisputable first great enigma of the dinosaurs is their extinction. Even today articles continue to be published trying to give an answer to the reason why they disappeared forever. The last hypothesis is that they were already “mortally wounded” as a species before the meteorite and affected by climate change that has already been verified. But what now seems to have an answer is for the second great enigma of the dinos: were they warm blooded?

A new study of the thigh bones of Plesiosaurus, Stegosaurus, Diplodocus, and Allosaurus compared to those of modern hummingbirds posits that the extinct animals were warm-blooded.

Thus, fearsome predators like T. rex and towering telescopic-necked dinosaurs like Brachiosaurus were warm-blooded creatures in the same way that birds and mammals are, according to a ground-breaking new study published in the scientific journal Nature.

By imaging the bones with infrared spectroscopy, the scientists found a large number of molecules produced as waste during oxygen inhalation, they report in Nature. The molecules are a sure sign of a high-powered metabolism that warm-blooded animals use to keep their body temperatures constant, they say.

If they had warm blood they could survive the meteorite Previous hypotheses suggested that dinosaurs could not survive the consequences of the asteroid that hit Earth 66 million years ago due to their low metabolism; the new study supports this premise, say the authors.

“This is really exciting for us as palaeontologists – the question of whether dinosaurs were warm-blooded or cold-blooded is one of the oldest questions in palaeontology, and we now think we have a consensus that most dinosaurs were warm-blooded. That’s hot!,” explains study lead author Jasmina Wiemann, a postdoctoral researcher at the California Institute of Technology, in a press release.

Previous generations of palaeontologists had lumped dinosaurs with reptiles, leading to assumptions of a reptilian appearance and lifestyle.

Today, most palaeontologists agree that dinosaurs were much more bird-like after the discovery in the 1990s of feathered fossils, which led to the understanding that modern birds are directly descended from dinosaurs.

It has been proposed that having a high metabolic rate is one of the reasons birds survived the mass extinction that wiped out the dinosaurs 66 million years ago. However, Wiemann said this study indicated that this was not true: many dinosaurs with exceptional bird-like metabolic capabilities went extinct.