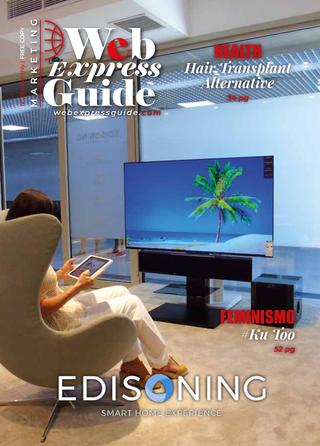 Not a wig!! A comfortable and natural alternative to provide a higher hair density

It is called Hair Integration System or FAS System (Follicular Alternative System), an innovative hand-made capillary integration system individually designed for each patient and fixed to the scalp

It is a revolutionary natural development in the demanding world of cosmetics. The result is completely undetectable natural hair, matching exactly the colour and texture of the patient is inserted in a mesh in the desired density depending on each case.

The Capillary Dermatology Unit of HC Marbella is a pioneer in Spain in offering this technique. This is then fixed to the scalp.

The Fixed Hair System is very different from the uncomfortable and unstable as well as unnatural wigs.

• It is natural: because it is made to measure with natural hair and because it simulates exactly the patient’s scalp.

• And comfortable: The hair is fixed permanently to the patient’s scalp, it is permanent and one can comfortably maintain normal life activities such as taking showers, sleeping, sport activities , swimming and so on. If required to be removed, patients are instructed on how to do so at intervals of 4 to six weeks and then replace it.

It is recommended for:

alopecia seeking greater naturalness and density of hair without transplantation.

• Men with severe alopecia to whom it is not possible to guarantee a great coverage and capillary density with hair transplantation.

• Chemotherapy or alopecia by

• Patients for whom a transplant is not indicated.

Because of diseases of the scalp. For example Fibrosing Frontal Alopecia,

It is not at all noticeable not just because it is made of natural hair to match the patient’s hair but because is not a mesh in the way the wigs are made of, it is done as a second skin made of biocompatible polymer that perfectly simulates the patient’s scalp.

There is no problem. Both the system and the products to place and remove it are dermatologically tested and meet all quality standards.

of the type of alopecia must be made and the need for medical treatment assessed. This is followed by a 2 to 3 hours study of the patient’s characteristics, moulds and bandages are used with no need to cut the hair.

Allergy test are also carried out.

2. The manufacture of the product will then take about 3

months. This is because it is carefully created by hand and tested to achieve the maximum best matching results.

3. To complete the treatment, the fixed capillary system is fixed to the scalp in one final

session. There is no need to cut preexisting hair, however this last stage may require a couple of hours

The average life of a FAS system

is about 2-3 years. This can be extended if two different systems are purchased and exchanged. After the system has been used for a long while, a repair can be required to maintain the quality and density of the hair integrated, avoiding the need to make a new one.

The fixed capillary system (FAS) is a temporary or prolonged solution to a problem of alopecia, but it is not a definite cure for any type of alopecia. During the replacements of the FAS system, the expert dermatologist in trichology will be able to make a medical evaluation of the alopecia which will be monitored, and may also apply local treatments at the time if necessary.

Please talk to us about your case. Our specialists at the Hair Dermatology Unit of HC Marbella will assess your case and will tell you if you can benefit from any of the treatments available. There are many alternatives for alopecia. Do not give up!

What lies beyond MEAT?

I make a point of including vegetation because even plants derive their sustenance from other organisms, live or dead in the ground, or even live insects that may land on them.

Some animals, like camels or cows, are purely herbivores, but ever since the beginning of time the human race has had to make do with what it could find, thus becoming omnivore; eating meat like carnivores and eating plants and roots like herbivores. Some even turned to cannibalism.

Eating a good steak has always been the ideal meal for most, and it still is for many, however with the passing of time and the incredible advancement in communication, we have come to understand that animals are living creatures like ourselves, creatures that can show feelings, that show suffering and even become inseparable friends with individual human beings. We now know that animals can think and in some ways plants too.

Some methods of killing animals for religious reasons and storing live-stock animals for fresh meat in less than poor conditions have become so repulsive that some of us have become complete vegetarians. The thought of consuming a creature that may even have suffered to be in our plate become repulsive. But greens are a poor substitute to the carnivore’s palate. Ethan Brown, having seen the need to satisfy the carnivore palate, in 2009 founded BEYOND MEAT in Los Angeles. A company producing products to simulate chicken, beef and pork sausage.

At Beyond Meat, they believe there is a better way to feed the planet and their mission is to create delicious plant-based burgers, sausages, crumbles, and more, all made directly from simple plant-based ingredients.

They state that by shifting from animal, to plant-based meat, they are creating one savoury solution that solves four growing issues attributed to livestock production: human health, climate change, constraints on natural resources and animal welfare.

Meat is made up of five building blocks: protein, fat, trace minerals, carbohydrates, and water. Beyond Meat find these same building blocks in the plant kingdom to rebuild meat from the ground up without sacrificing on taste or texture. They say that building meat without the animal requires fewer resources, making it a much more efficient and sustainable process.

We could all use some alone time. Solitude suffers from a bad reputation, particularly in the West. But unlike loneliness, which is associated with conditions like anxiety and depression, alone time offers all kinds of benefits. Carving out time for ourselves can help us with emotional regulation, reduce burnout, boost our creativity and improve our relationships with others. The key to healthy alone time? Choosing when and how we’d like to be on our own. When we opt into solitude, doing activities we enjoy, we can relax and recharge. The New York

companies. A recent Peakon study found that employees of women-led companies, meaning those with more than 50% female leaders, feel a stronger connection to the company and their products. When over 60,000 employees were asked the question of “how likely is it that you would recommend [Company Name] products or services to friends and family,” those at women-led companies answered 0.6 points higher than employees at male-led companies. Inc

When to trust your gut. Relying on your instinct gets a bad rap, but there are times when it is useful, even advisable. During high stakes situations where there simply isn’t enough information to make a reliable prediction, going with your gut – the kind you have gained from experience – can push you off the fence in time to benefit from whatever decision you make. Such calls can be critical, particularly in emergencies, where no decision may be the worst decision of all.

get hiring boost. Having an accent perceived as upper class can help secure a job, according to a team at Yale University. They found that interviewers made immediate assumptions about socio-economic class based on the first few words they heard – and deemed upper class people more likely to be good at the role for which they were being interviewed. Daily Mail Take note of your lunching habits. Taking lunch breaks – instead of eating at your desk – has more benefits than you might expect. Some employees report wanting to clock out right at 5 p.m., while others say they simply have too much on their plates for breaks. Studies suggest leaving your desks for lunch can improve work performance and allow your body and mind to recharge, whether it’s a five minute or 30-minute break. The

The most spoken languages in the WORLD

And this is the reason why Web Express Guide is published mainly in English with some Spanish, but the online version can be translated in 93 different languages.