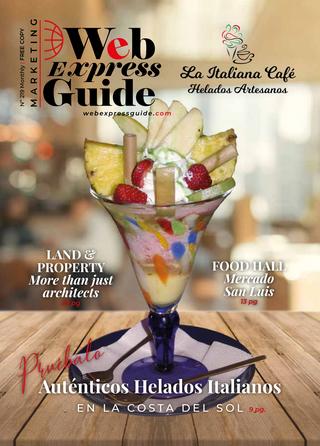 THE ESPRESSO IS THE PUREST FORM OF COFFEE DRINK AND THE KEY TO UNDERSTANDING THE CULTURE.

Drinking coffee in Italy is different, a speciality that prevented big chains cafés to take a foothold, and to understand why, we need to look at how the modern espresso
came into being – and how that shaped Italy’s culture and identity.

The Espresso Machine
The original concept was to prepare a coffee drink fast and the first machine for making “espresso” was invented by Angelo Moriondo of Turin in 1884, but an improved design was eventually patented in 1903 by Luigi Bezzera. The patent was then purchased by La Pavoni who produced it commercially in Milan.

The shots, extracted in 45 seconds, had a consistency and taste that resembles modern filter coffee more closely than modern espressos. Of course with greater machine improvements the term “espresso” gave birth to 19th century coffee houses that soon became popular bars for workers. 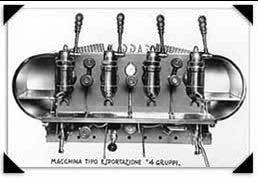 It was in 1938 that the first record of the word “barista” emerged, it was definitely nothing to do with Starbucks. The word was adopted during WW2 to replace “barman”, an American word.

Then in 1947, the next great development was made by Gaggia’s hand-pumped machine. With these machines, far more pressure could be exerted over the coffee puck, meaning that essential oils and colloids were squeezed through. An essential part of the modern espresso.

The Italian coffee culture created in the ‘40s remains fairly consistent to this day, despite increasing levels of globalisation. Italians go to their local café, order an espresso (refusing to pay a high price for it), and then head to their next appointment.

For many of us, drinking espresso means tasting excellent coffees with a complex flavour profile, often unobscured by milk or sugar. But for a lot of Italians it means walking into a neighbourhood bar, grabbing an adrenaline-pumping shot before heading to work, or quietly sipping a cafe latte on a sunny day.

While Italian coffee culture remains unaffected by globalisation, it has resulted in a global coffee culture and the exportation of the espresso has been an astonishing success all over the world. Yet that doesn’t mean that all these espresso-based coffees are strictly Italian.

Take an American cappuccino: compared to its Italian equivalent, it often contains double the quantity of milk but the same amount of coffee. Italy is aware of this distortion of what they perceive to be almost a national drink, attempts have been made to reappropriate the concept. At one point, the Italian government appealed to the World Trade Organisation in an attempt to restrict the use of the phrase “Italian espresso”. The Italian Parliament now sends inspectors around the world to “certify” whether coffee produced in various locations matches Italian quality standards.

Attempts to control the concept have so far failed, Italy may have invented the first modern espresso machine, but coffee is a beverage that exists all over the world in many different formats. These attempts show a fiercely proud and defensive attitude on the part of Italians for their coffee. It is of no surprise that big café brands and specialty coffee have failed to penetrate the Italian scene based on years old coffee culture.