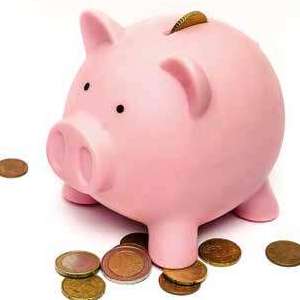 One way or the other the pandemic has created a number of other problems and repercussions.

The closure of businesses, temporary or permanent, due to the pandemic has resulted in unemployment figures rising, to which follows a sudden shortage of income.

The number of participants who displayed widespread anxiety disorders went from 78 to 53 percent after debt reduction.

While it may still be possible to survive on some eventual state’s or other charitable aids, unfortunately, unless you have savings to fall back onto, the regular bills and commitments relentlessly require the usual payments.

Some people may manage to borrow money, usually from loan sharks who make the most of the circumstances causing serious cash problems, while others become victims of existing lenders who become loan sharks under the circumstances, in particular revolving credit card lenders. And this is where the real problems begin, some even leading to suicide. Researchers at the National University of Singapore surveyed 196 low-income people about their ability to make decisions and anxiety before and after their liabilities were paid partially. It was found that reducing the debt also reduced the “mental burdens of the poor,” as it previously limited them to make better decisions.

The authors of the research that was published in the journal of the National Academy of Sciences of the United States of America (PNAS), have explained in their work that any financial obligation generates a psychological impact, which in some cases can lead to a loss of cognitive abilities.

Indebtedness impairs the ability to plan long-term actions and makes one one unable to objectively analyse matters. It can cause a person to neglect their health, postpone medical appointments, and usually opt for cheap food.

To demonstrate this theory, the 196 debtors were surveyed before and after 90 days of receiving debt relief of US$3,700 equivalent to each participant’s average threemonth household income.

They were then consulted to measure their anxiety, cognitive function and financial decision-making. Experts found that the average error rates of respondents in cognitive functioning tests showed a 17% to 4% reduction after alleviating their financial obligations. The number of participants who displayed widespread anxiety disorders went from 78 to 53 percent after debt reduction.

Dr. Ong Qiyan, a scientist at the Singapore Social Service Research Centre, explains that the poor require exceptional qualities for being extraordinarily fortunate to get out of their condition: (quoted by Daily Mail).

This is where I believe governments should step in in order to maintain some sort of balance in the economy and protect the private lives of people who are long term indebtedness in the normal course of life like mortgage, car loans, and credit cards and so on.

If there is a nationwide shortage of income through no fault of the single individuals then lenders should also be made to suffer the same through legislation and stop them putting increased, unnecessary pressure to make matters even worse and clutter the claim courts with unnecessary claims.