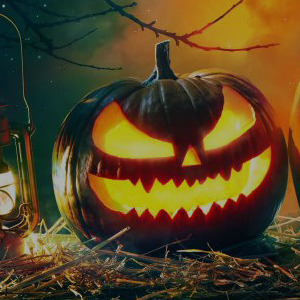 It’s also a boon to the retail industry, even during a pandemic.

It Is projected to have 58% of people planning on celebrating. An American idea celebrated around the world in many different ways.

Most of these customs date back centuries, transforming from ancient traditions to the flashy fright fest we know and love today.

It’s actually two words joined together. “Hallow” (holy person) referring to the All Saints’ Day and “een” as a contraction of “eve”. The day before November 1st, the Christian feast dedicated to celebrating the faithful departed, including all the saints.

The morbid customs go back to ancient times.

According to Celtic mythology, the veil between the Otherworld and our world thins during Samhain, making it easier for spirits and the souls of the dead to return. People would make offerings of food in order to get on the good side of these spirits and departed Ancestors. Pope Gregory IV fixed the current date in 837.

Bobbing for apples was more than just a splashy party game.

Halloween is most closely associated with the pumpkin, but apples have played an important role in its history because they make numerous appearances in Celtic mythology and are often connected to the Otherworld. The idea is that ladies would mark an apple and toss it into the tub wishing to be destined to whoever pulled it out of the water.

Jack-o’-lanterns symbolize a fateful deal with the Devil.

If you ever meet the Devil on a darkened road, don’t try to trick him into climbing a tree, otherwise, you might end up like Irish folk figure Jack O’Lantern.

One night, the conniving Jack trapped the Prince of Darkness in a tree by hacking a sign of the cross into the bark. In exchange for letting Satan climb down, Jack had him vow to never claim his soul.

When he died, he was not allowed in heaven, so he tried to return to the Devil, but Satan stuck to the deal, hurling a piece of coal from hell at the dead man for good measure.

Jack, doomed with no resting place to eternity, placed the blazing coal in a turnip to use as a lantern..

Trick-or-treating has ancient precedent — but the candy part didn’t come about until much later.

In medieval times, “soulers” would go around begging rich folk for “soul cakes” on Halloween. Instead of threatening to play tricks, they’d pray for peoples’ souls in return for the cake. Throughout medieval Europe, dressing in disguises and visiting neighbourhoods while dancing, playing music, and doing tricks, was popular on major feast days.

Black cats have been associated with the supernatural for hundreds of years.

According to History.com, it was believed in the Middle-Ages that Black cat costumes are particularly popular on Halloween witches transformed into black cats to conceal themselves.