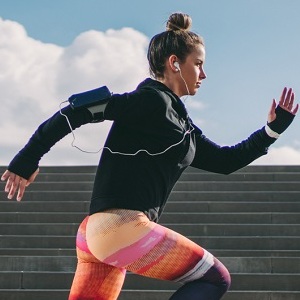 FITNESS PROFESSIONALS CAN USE NEW STUDY RESULTS AS PERSUASIVE TECHNIQUE

According to a study by the University of Waterloo in Canada, fear of disease and death are the best motivators for people to exercise .

The investigation consisted of 669 people having to rate five messages from one to seven, one being that they were not motivated, and seven being the one that motivated them the most to start exercising.

The author, Dr. Kiemute Oyibo , says, “This study is important because it helps us understand the kinds of messages that people, regardless of gender, are motivated by persuasive health communication, and which are likely to influence on their socio-cognitive behaviour and beliefs about exercise .”

The messages in the study were divided into five different categories: financial, obesity, death, disease and social stigma. Those of illness and death obtained the highest results.

Illness – The phrase of the British statesman and Earl of Derby, Edward Stanley, was the one the researchers chose for the message in the illness category: “Those who think they have no time for exercise will sooner or later have time for illness”. His score was 4.8.

Death – for this category they used data from the World Health Organization: “6% of deaths in the world are due to physical inactivity” and had an average of 4.69.

Financial – Respondents were told that not being physically active costs Canadian taxpayers $6.8 billion a year. It reached an average of 3.7.

Obesity – One in four Canadians was reported to be classified as clinically obese. Here came a score of 3.5.

Social stigma – A headline from the Canadian Obesity Network was used: “Stigma against people with obesity is comparable to that of racial discrimination”, which received the lowest score, at 3.48.

“The findings provide a foundation for fitness app designers to further harness health messages related to illness and death as a persuasive technique to motivate behaviour change,” added Oyibo.

The researcher also suggested that other demographic characteristics such as age, culture, race and education be considered in future studies to explore whether these factors affect the validity of these messages.