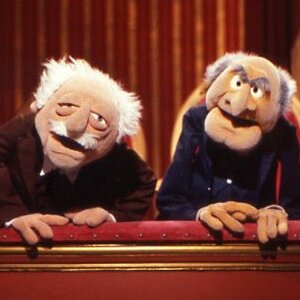 The world’s longest flight is? Cathay Pacific is set to
operate the longest commercial flight in the world
by rerouting its New York to Hong Kong service to
avoid Russian airspace. The route would go via the
Atlantic instead of the Pacific, covering a distance of
16,618 km and requiring a non-stop flight duration
of 17 hours and 50 minutes. This surpasses Singapore Airlines’ New York service, which covers
15,349 mms. and takes around 17.5 hours. The
Indepdenent

Don’t be a table hogger. Debrett’s, that long-standing guide to all matters of etiquette, has turned its
attention to the correct form when ‘WFC’ – or
‘working from cafés’. Do not, it tells its readers, be a
“table hogger”. Make regular food or drink orders.
And never look askance at noisy neighbours. If
someone’s crying baby is interrupting your concentration, “that is your problem, not theirs”. The
Guardian

A health watchdog is urging millions of people to
ensure their waist size is less than half their height to
help avoid serious health problems. The National
Institute for Health and Care Excellence proposed
the measure in an overhaul of obesity management
guidelines. The UK has one of the highest obesity
rates in Europe, with two in three adults officially
overweight or obese in a worsening crisis that costs
the NHS £6bn a year and wider society £27bn. e
Guardian

Pollution causes one in six deaths. A global study
has found that pollution is killing nine million
people a year, making it responsible for one in six of
all deaths. Toxic air and contaminated water and soil
“is an existential threat to human health and planetary health, and jeopardises the sustainability of
modern societies”, the review, published in the
journal Lancet Planetary Health, concluded. The
researchers estimated the economic impact of pollution deaths at $4.6tn (£3.7tn), about $9m a minute.
The Guardian

Walk faster for more health benefits. Thirty
minutes of brisk walking a day can lower your risk of
heart disease, cancer, dementia and death, compared
to walking a similar number of steps at a slower
speed, research has found. The risk of dementia was
lowered by 50% in study participants who walked
9,800 steps a day, but, people who walked 3,000 of
those steps briskly, over around 30 minutes in a day,
boosted the risk-reduction benefits by 35%. What
constitutes a brisk pace will be different for everyone, but researchers said it meant one which took
“moderate effort”, where you can speak but not sing.
They also said the 30 minutes can be made up of
bursts of brisk walking across the day. New York
Times

UK faces protracted recession. The Bank of
England warned the UK will fall into recession as it
raised interest rates by 0.5 percentage points to
1.75%, the biggest interest rates in 27 years. In a
dramatic set of forecasts for the economy, the Bank
said inflation will surge above 13%, causing the
worst squeeze on living standards for more than 60
years. Meanwhile, the regulator Ofgem has been
accused of an “inhumane” move after its latest
changes to the price cap meant energy bills could
more than double to £4,200 a year by January. The
Independent

The bottom line. An estimated 1.3 million Britons
now regularly take their clothes off in public,
suggesting that there are more naturists in the
United Kingdom than practising Anglicans,
estimated at 1.24 million. The Guardian

Children from England’s poorest areas are five
times more likely to be obese by the time they leave
primary school than those from the richest areas.
People in the lowest income group are more than
twice more likely to develop diabetes than those in
the highest group. A man from the top 10% of
postcodes for afluence will live, on average, 9.7
years longer than a man from the bottom 10%. The
Guardian