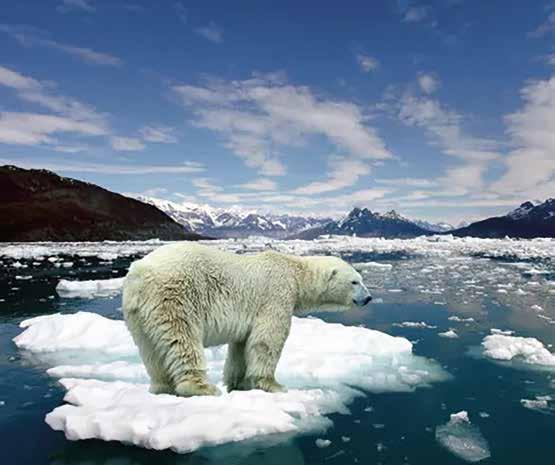 We have been hearing about the hole in the ozone layer for years, but how much attention has been paid to it? If we continue ignoring the writing on the wall it will certainly be the end of the world as we know it. Hopefully it may not be too late.

The ozone layer means life on Earth, it protects life from the harmful ultraviolet (UV) rays, unfortunately it is not recovering at the expected rate and the now big hole is located above Antarctica. Its relevance is being noted now with a renewed concern on account of the climate change that has become extensively obvious.

The damage to the ozone layer is due to the emission of syngas containing chlorine and bromine, such as chlorofluorocarbons (CFCs). Scientists had calculated that, since these gases persist for 50 years in the atmosphere, their ban would reduce their concentration in the stratosphere by 2% per year, which would allow the ozone layer to reform.

However, in 2018, American researchers calculated that since 2013, the atmospheric concentration of CFC-11, one of the incriminated gases, fell by only 0.4% per year, a sign that 13,000 tonnes were still emitted annually somewhere on Earth, and the major culprits were found to be 18 Chinese factories still producing CFC-11, mainly used to make insulating foam.

After intervention by the Chinese government, new studies showed that CFC11 emissions started to decline again by around 1% per year. Another analysis based on Japanese and South Korean sampling stations also confirms that a major source of CFC-11 in eastern China has dried up.

Regrettably though there are plenty of other illegal sources left. The atmospheric surveillance network is still deficient in several regions of the world, notably in India and Brazil, which are also suspected of harbouring fraudsters.

In the course of 2020, ozone holes of record size and duration appeared and then disappeared over the Arctic between January and April, then over the Antarctic between August and December, under the effect of powerful polar vortices. The World Meteorological Organization fears that the combination of these vortices, which are gaining strength with climate change, and illegal emissions will make it more likely that large holes will form in the next few years. Stratospheric ozone plays a crucial role in protecting life on Earth, additionally the increase in UVB is responsible for causing more skin cancer in many animals, especially humans, disrupting plant growth and affecting phytoplankton in the oceans.

The level of greenhouse gas emissions at the present rate is at the root of the climate change and will have to be reduced much further in order to keep the temperature rise below 1.5 ° C, the target set by the Paris Agreement, a tall order.

Last year was the second of the hottest years since 1880, the Earth has been overheating over the last r5 years at an accelerating rate.

There is also a further concept that aerosols may play a larger role than what is believed in the variations in Earth’s temperature. These aerosols are made up of all kinds of solid or liquid microscopic particles that rise in the atmosphere. They are emitted either naturally or by human activities, as for example the ash released by an erupting volcano, the smoke of forest fires, the soot or sulfur dioxide produced by the combustion of coal or gasoline, particles of sand or of salt, to dust. As recently discovered the amount of plastic pollution which is destroying our oceans is also greatly responsible for repealing into the air as microscopic particles as they gradually decompose.

Not only are we eating the microscopic plastic particles ingested by the fish we eat but we now also breathe them into our lungs. But that is another story also created by human ignorance, greed and complete disregard of the gifts of nature.

Gigantic “plastic sea” on the coat of Honduras in 2019.

A British photo captures a vast quantity of forks, spoons, and bottles between the Carribian Isalnds of Roatán & Cayos Cochinos.