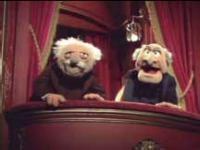 Applications for foreign passports soar. The number of Britons seeking a second passport from another EU member state has soared since the Brexit vote, new figures show. More than 350,000 Britons have applied since 2016, with some giving up their British status. And while just over 32,000 citizens in Northern Ireland and Great Britain applied to receive Irish passports in 2015, that figure has quadrupled in the past four years. Daily Express

How to fall in love with your job. Few people have the perfect job, the kind that gets one to spring out of bed. But small tweaks can help reverse this feeling of disengagement. One underrated solution is getting to know your colleagues better: Research shows casual catchups with peers make work more enjoyable. Second, find a sense of purpose – ask yourself how your job is making an impact. Finally, mix things up a bit, whether it’s your workstation or the hours you work. Fast  Company

Past year worst in retail history since 1995. UK shops have suffered their worst year since records began, latest figures from the British Retail Consortium show.  The   industry body says retail sales fell by 0.1% in 2019 - the first annual decline in 24 years. The drop was especially steep in November and December, when sales were down by 0.9%, as Brexit fears took their toll. Evening Standard

Tackle the tough tasks first. It may feel nice to knock off the easy tasks on your todo list, but our research suggests that we are much better off facing the tough stuff  at the outset. When we take on difficult tasks first, we stand to learn and improve more than if we simply stick to the easy wins. And that learning process can  ultimately make us more effective with all of the tasks and assignments that follow. One way to make the challenging assignments less daunting? Break them down  into a series of smaller steps. Harvard Business Review

The term “prime minister” started out as an insult. When it was first used, “prime minister” was a term of mockery and abuse. It implied that an individual had risen  above others in the royal circle inappropriately – a bit like calling someone a “teacher’s pet” today. But over the years it’s come to be an official title. BBC

The least-productive time of day. Does your productivity slump in the afternoon? Well you’re not alone – researchers have pinpointed the least-productive time of day:  2:17pm. They found more than a third of workers start to experience a drowsy feeling at this time. Sleep experts believe this is because we “try to recuperate in one block at night, despite the fact that we’re designed to recover in shorter periods more often”. They advise workers take 20 minutes at lunchtime to have a stroll or eat  lunch with a “vacant mind space”. Yahoo