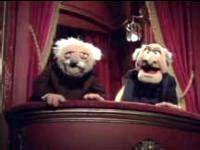 EU’s richest bankers live in the UK. More than 3,500 bankers in the UK are paid more than £850,000 (€1m) per year, the European Banking Association has revealed. In a report, the EBA said that thirty UK bankers were paid more than €10m each, and in one case a single asset manager banked €40.9m. It also revealed that the UK was home to 73% of all millionaire bankers across Europe, with nine times more in the country compared to Germany and 15 times more than in France. The Guardian

New parents remain sleep deprived for six years. UK researchers say a new study of thousands of new parents suggests they face sleep deprivation for as long as six years after the birth of a child. The effect was most pronounced in women and was worst in the first three months after the birth of a first child. Women reported an hour’s less sleep per night, while men lost an average of only 13 minutes. The Guardian

Coca-Cola’s plastic confession. Coca-Cola produced three million tonnes of plastic packaging in 2017, the equivalent to roughly 200,000 bottles a minute. The company data was revealed in a report by charity The Ellen MacArthur Foundation, which is pushing for companies and governments to actively reduce plastic pollution. In the report, consumer goods giant Unilever confirmed it creates 610,000 tonnes of plastic packaging, while Burberry reported using 200 tonnes of plastic in a year. Pepsi, L’Oreal and H&M are yet to disclose how much plastic they use. The Independent

Health benefit of plants. While it may seem obvious that surrounding yourself with gorgeous greenery is good for you, there are also some very specific benefits to be had. Many of our homes contain VOC’s (Volatile Organic Compounds), gases that can come from carpets, furniture, paint, candles or fires. A study by NASA concluded that 87 per cent of air toxins are removed by house plants every 24 hours. What more reason do you need to start filling your home with living marvels? Good Florist Guide

Who was the richest person of all time? Amazon founder Jeff Bezos is the richest man in the world, according to the 2019 Forbes billionaires’ list released last week. With an estimated fortune of $131bn (£99bn) he is the wealthiest man in modern history. But he is by no means the richest person of all time. That title belongs to Mansa Musa (1280-1337, king of the Mali Empire) whose wealth was incomprehensible. His generous handouts wrecked an entire country’s economy. BBC

Don’t hurry lunch. Hastily scoffing a sandwich at the desk may be a point of pride for many workers, but hurrying lunch – or skipping it all together – could be doing far more harm than good. Sure, you may get a head start on the afternoon’s emails, but cutting a lunch break short can actually hamper productivity, increase stress and make you more likely to snack throughout the day – leading to health problems and overeating. Yahoo.